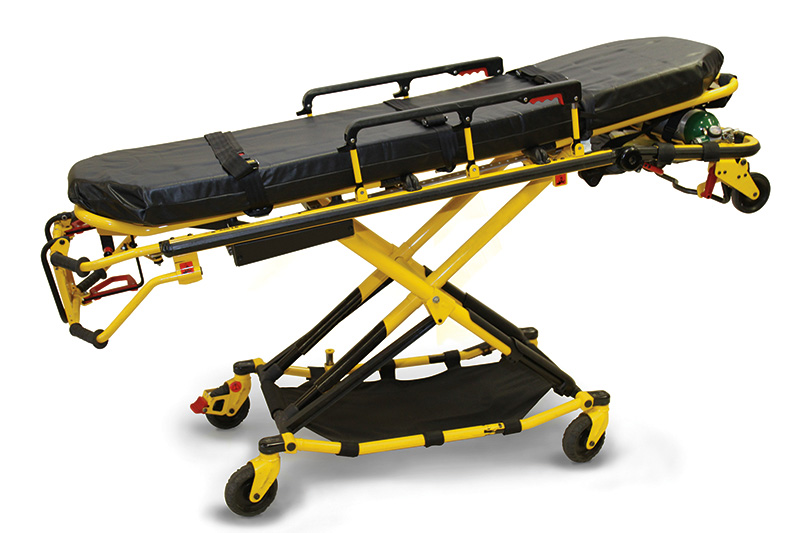 Tuesday I took my mother from her stroke rehab to the hospital for a swallow test. When we returned to her stroke rehab afterwards, she refused to get out of my car. She went so far as to throw my car into park when I was driving toward the entrance. I warned her that her behavior was dangerous and that if she continued she might end up psychiatrically hospitalized.
To get my mom out of my car, the stroke rehab facility had up to ten different staff members try to cajole her out of the car and back to her room. Two Orange County sheriffs were called to see if she would listen to them (not really their job).
Finally the paramedics came. A handsome young paramedic took my mother’s vitals and monitored her heart rate. She refused a wheelchair and pointed to their gurney. After a three hour standoff, the paramedics wheeled her back into the rehab facility on a gurney.
On Wednesday, my mother’s rehab doctor called and informed me that she refused food, drink, medication and all stroke rehab treatment (speech, occupational and physical therapy). He recommended a psychiatric evaluation and checked for a urinary tract infection (UTI) which can result in confusion, a delirium-like state, agitation, hallucinations and behavioral changes.
After her psychiatric evaluation, she was transferred to a small inpatient psychiatric facility with expertise in working with geriatric patients. Maybe my mother will finally get the help that she needs. Unfortunately, psychiatric hospitalization relies heavily on group therapy, a format which she cannot benefit from for she cannot talk due to her stroke.

Being a teenager can be tough, but it shouldn’t feel hopeless. Check your symptoms, and find out what you can do if you think you might have depression. https://bit.ly/3P6Sf88 #shareNIMH
For Like Goals - Mental Health Recovery App
Embracing Hip-Hop Music in Mental Health Treatment
Coming to Terms with Mental Illness and My Identity | NAMI: National Alliance on Mental Illness
Researchers Identify a Neural Signature Centrally Important in Restructuring Negative Self-Beliefs
Intrusive Thoughts: Why They Occur and How To Deal With Them